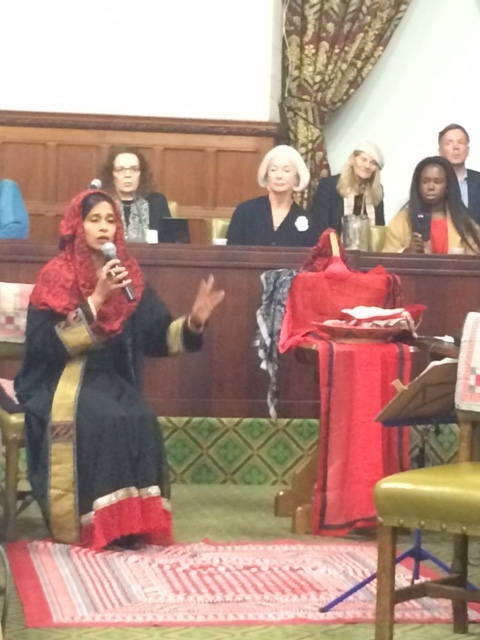 Women’s Visions and Strategies for 100 Years of Peace

on the 100th Anniversary of the First World War

On the the 17th of November Rising Women Rising World held its UK launch in the Grand Committee Room, Houses of Parliament, chaired by Baroness Hussein-Ece.

On the 100th anniversary of the First World War, Rising Women Rising World will brought together women who have witnessed the fallout of war and have built the capacity to shape the future led by speeches from Dr Jean Houston and Dr Scilla Elworthy and a performance by Dr Rama Mani.

Humanity has been through the bloodiest century in human history. Millions of women and children have been killed, raped, displaced and maimed as a consequence. Most wounds of war will take three generations to heal; some never heal. Women worldwide are determined that this carnage will not continue.

RISING WOMEN RISING WORLD (RWRW) is a growing circle of experienced women specialists with knowledge and expertise in the full spectrum of human development. Each woman is committed to bring into being a world that works for all. Rising Women Rising World works with younger women who realize that decision-making is dysfunctional, based on stale values and equips women and men to tap into their authentic feminine values and develop skills to take rightful action for a world that works for everyone.